Aquarium of the Pacific

My oldest daughter called last week and said that she would be in Southern California (Long Beach)  for the weekend. We jumped at the chance to go visit and said that we would meet her on Saturday and spend the day.  So all week we debated about where we would go while we were there… go to the beach? rain in the forecast. Knotts Berry Farm? Possibly,  but again, rain. Visit the Queen Mary? Reggae festival on Saturday. In the end, we decided to visit the Aquarium of the Pacific.

Saturday came and so did the rain. We seem to be getting our fair share of it these days! It’s a shame that the California government isn’t interested in building (and upgrading) more reservoirs to save some of this rain to help out in our next drought which is probably not too far away… better to spend billions on a bullet train to nowhere in earthquake country! Yikes!

Admission to the aquarium was $22- thanks to the $8 off coupons that my wife found ($48 dollar discount…. nice!) As it had stopped raining, we headed to the outdoor exhibits first. 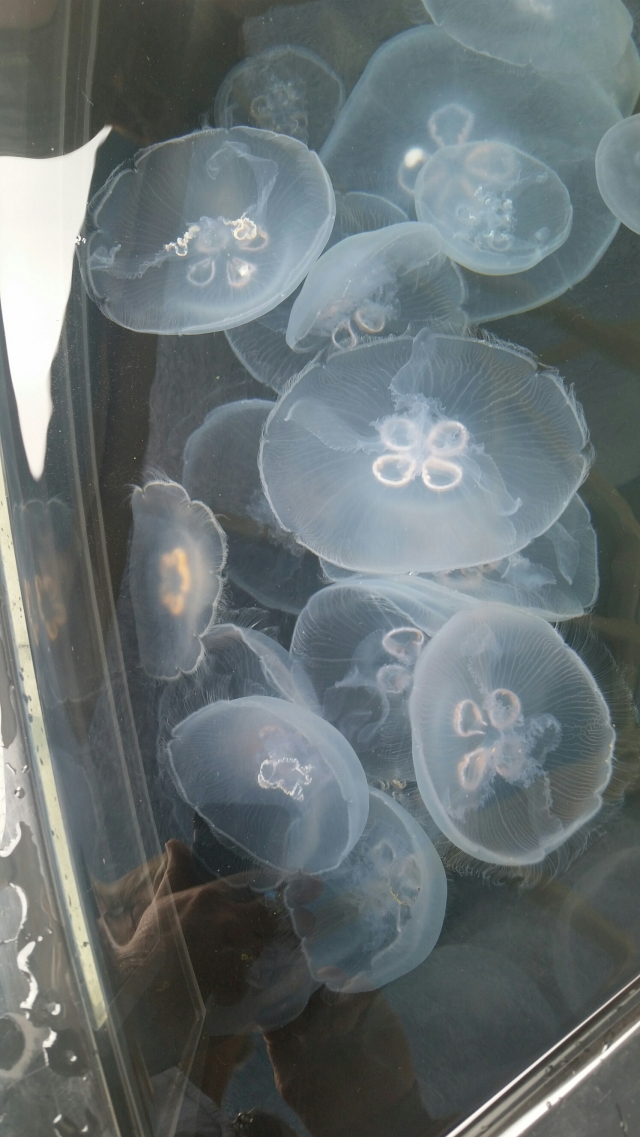 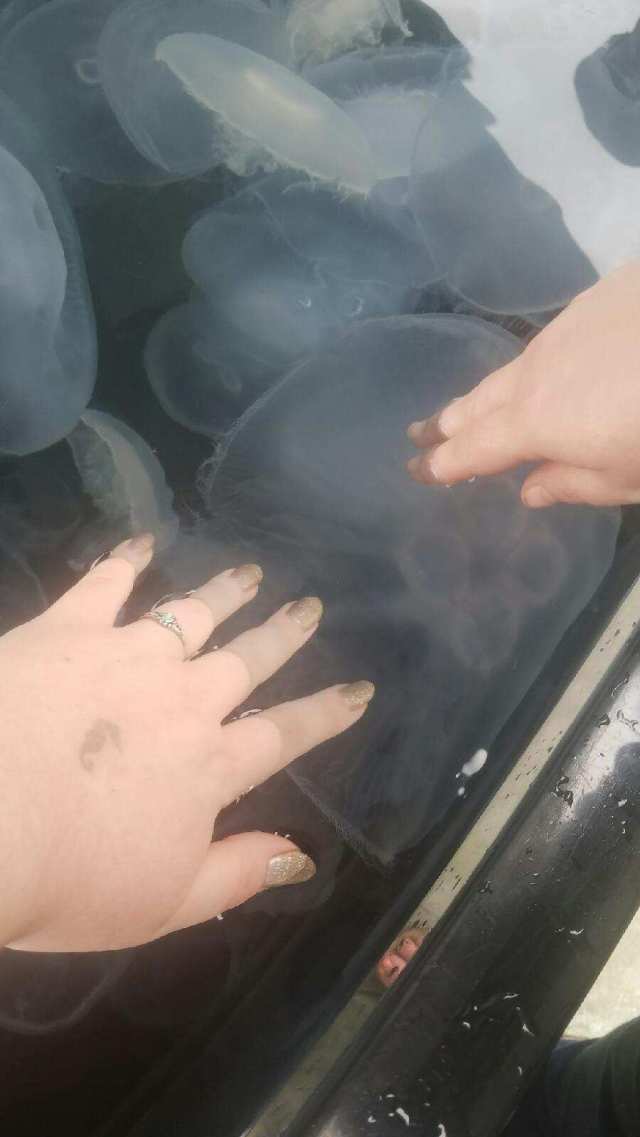 First stop was a station where you can observe and even pet jellyfish. Their stinging cells are too small to cause pain in humans. All the jellyfish that I have encountered in the past did cause pain… so this was nice! 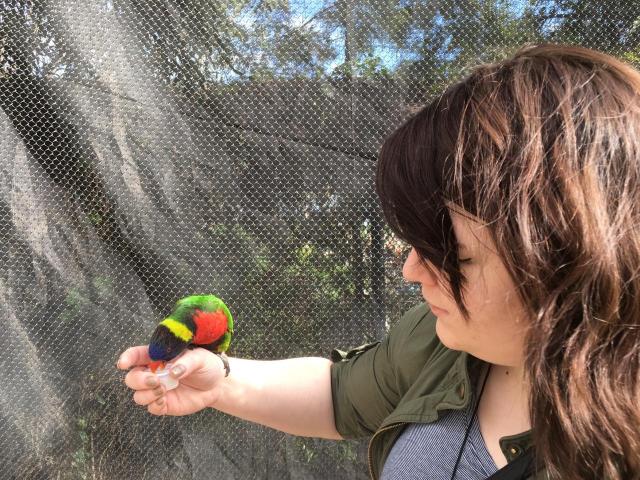 Then we were off to feed the lorikeets some special nectar! $4.00 for a little cup, but I went into the enclosure with no food and the birds still came and visited me. Fun. 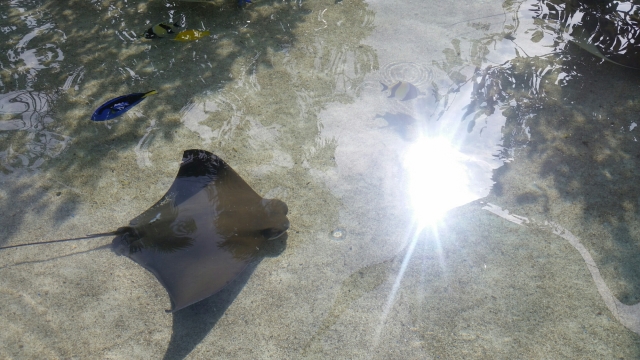 They had quite a variety of stingrays. Some places were set up that you could pet them… 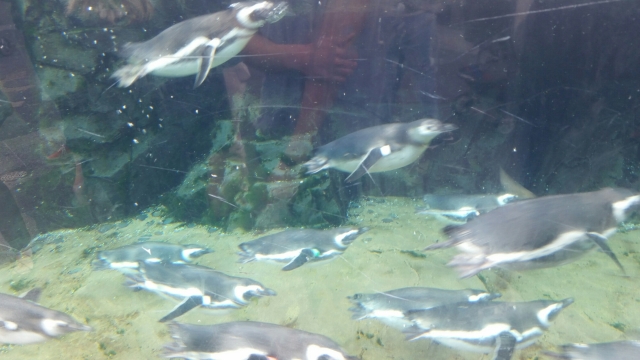 The penguins were fun to watch. It’s amazing how fast they can swim in their little enclosure.

Also outside were sharks, steelhead, horseshoe crabs, sea lions and a few other things. Time to see the indoor exhibits. .. 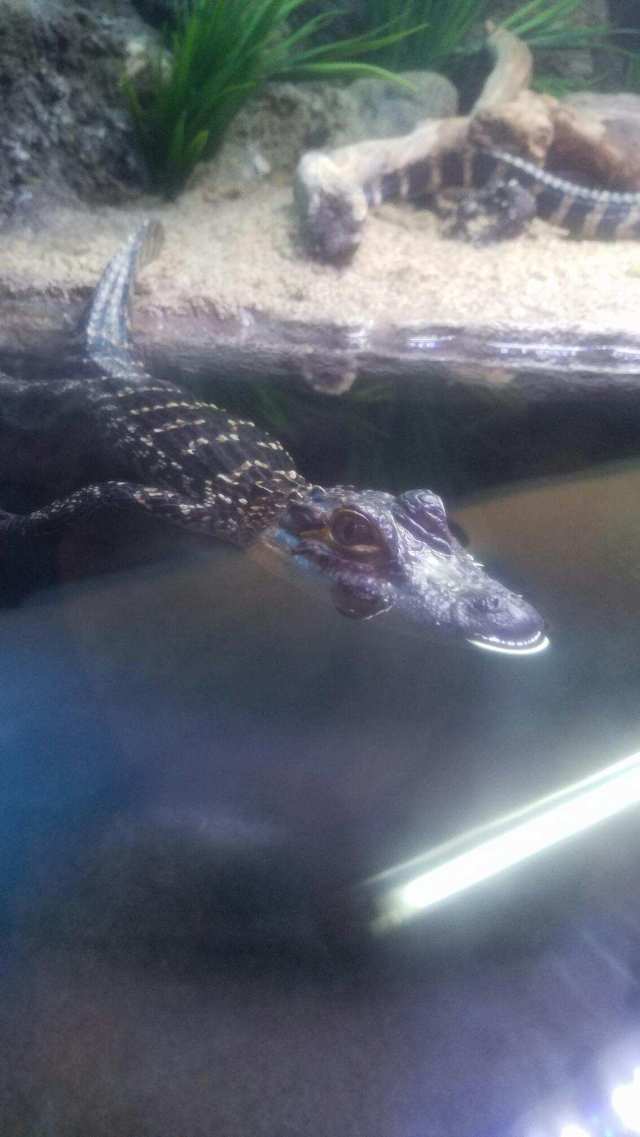 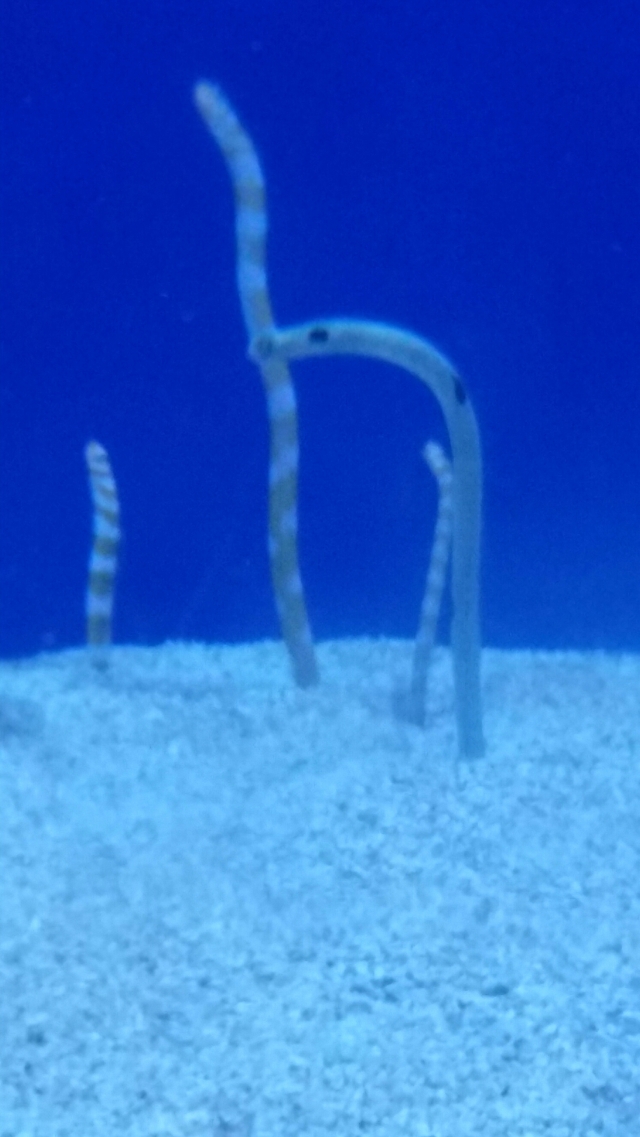 These little eels were not even the size of a pencil! 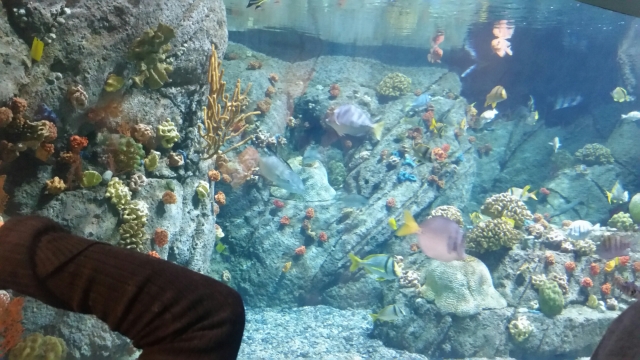 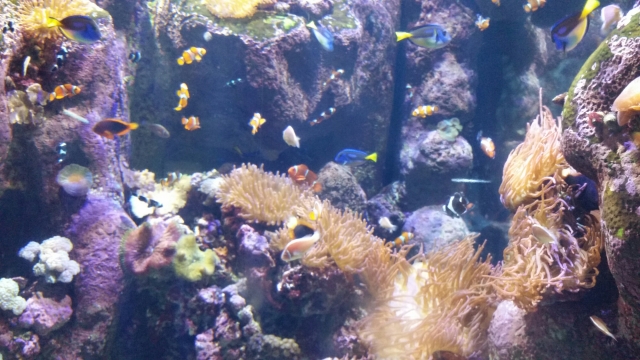 This is why it was hard to find Nemo… there are too many of them! 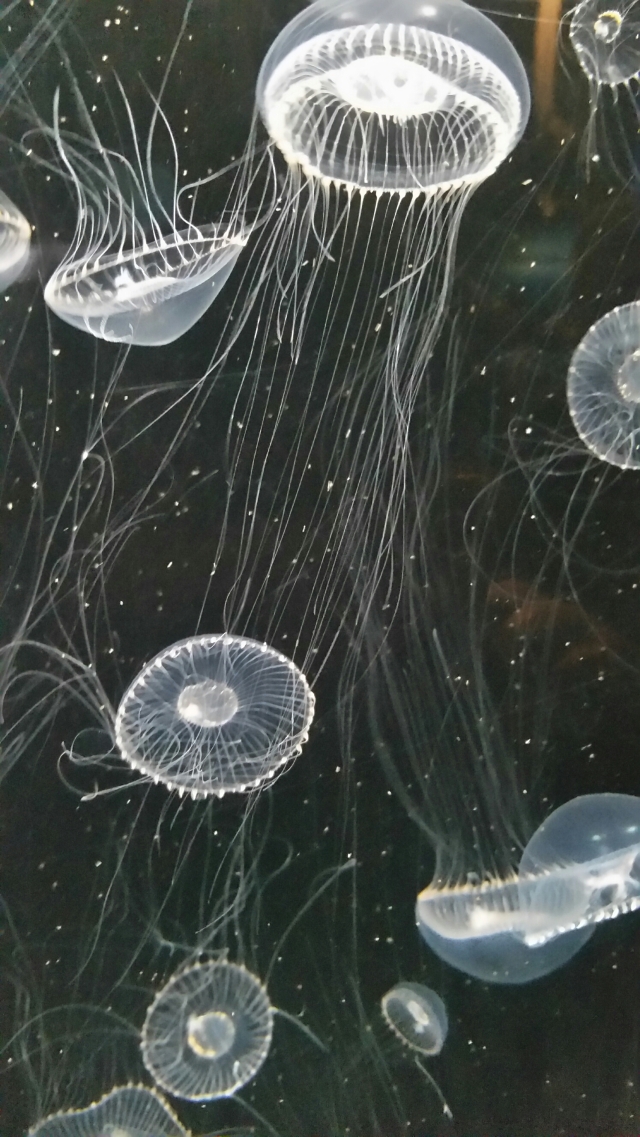 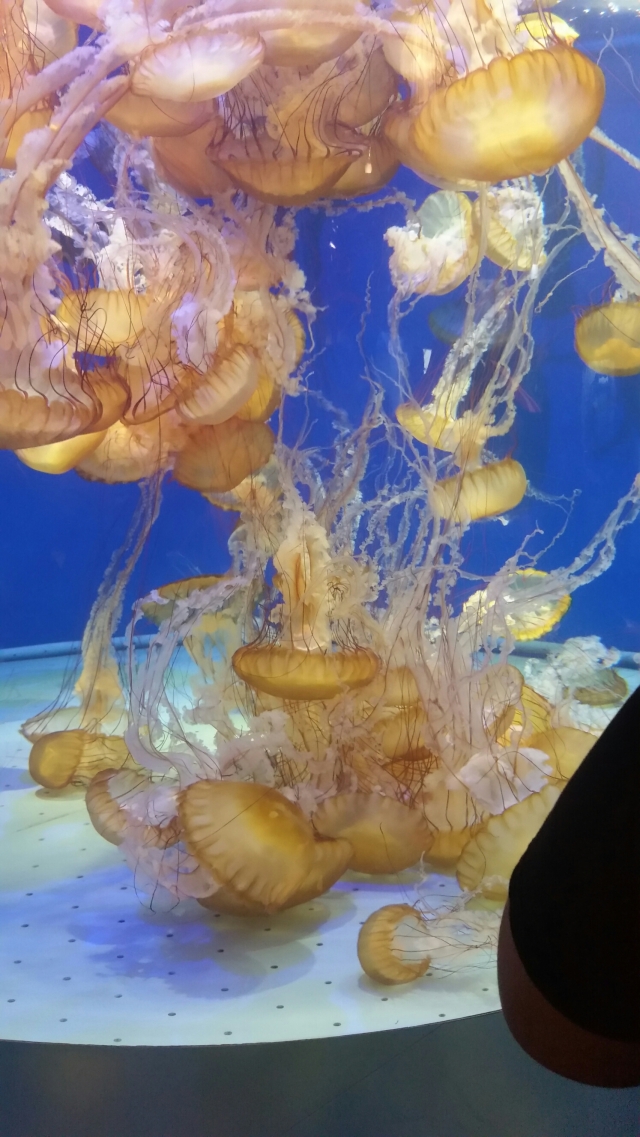 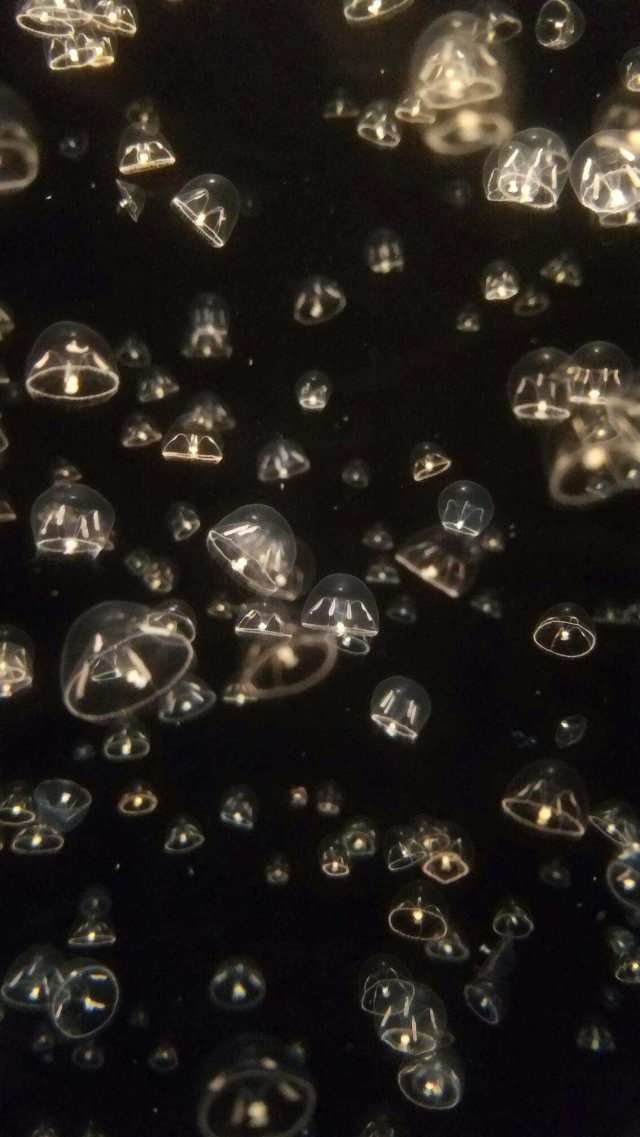 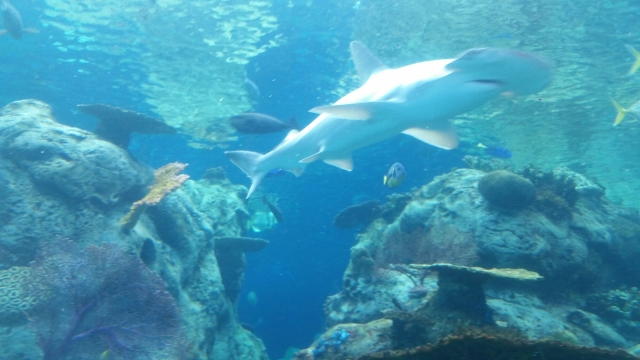 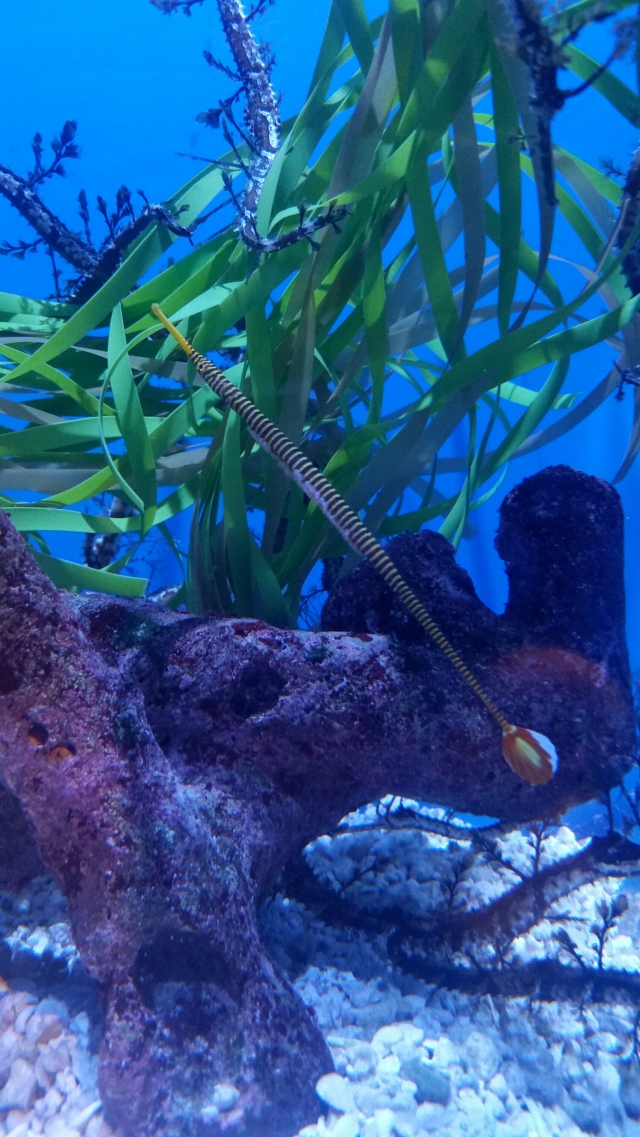 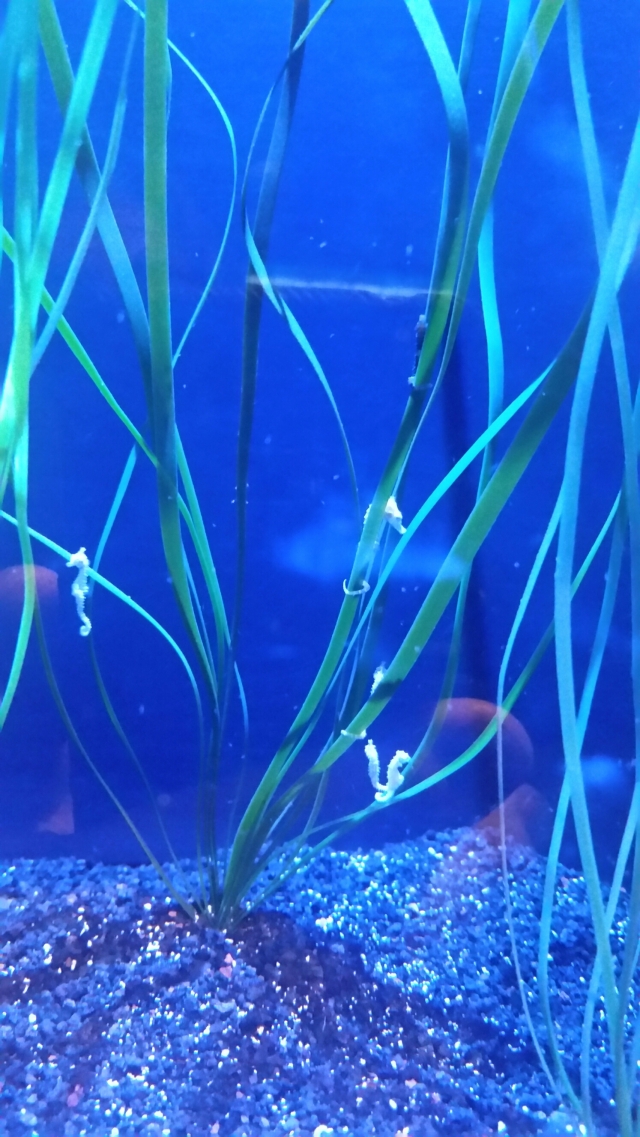 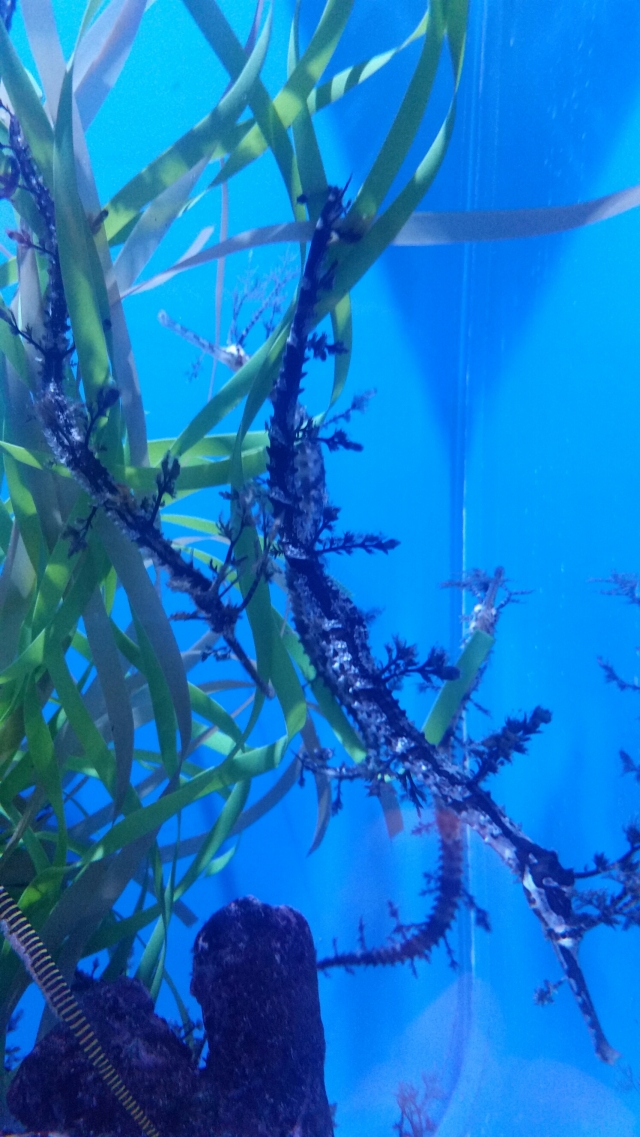 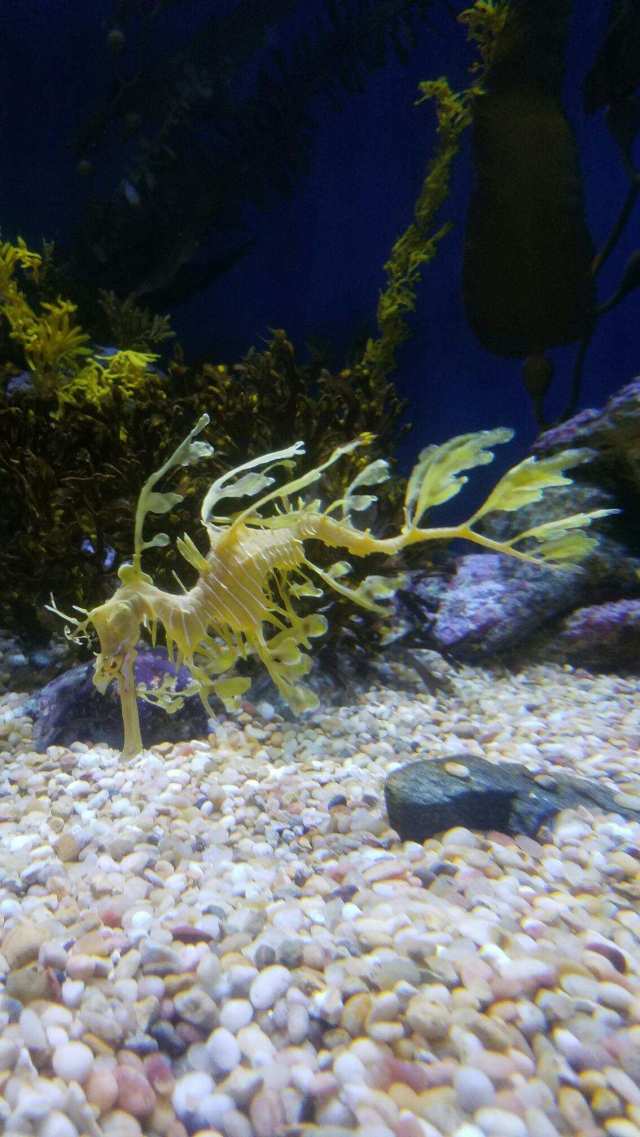 Various seahorses. The last one is a leafy dragon and looks more like a piece of seaweed  than a seahorse! 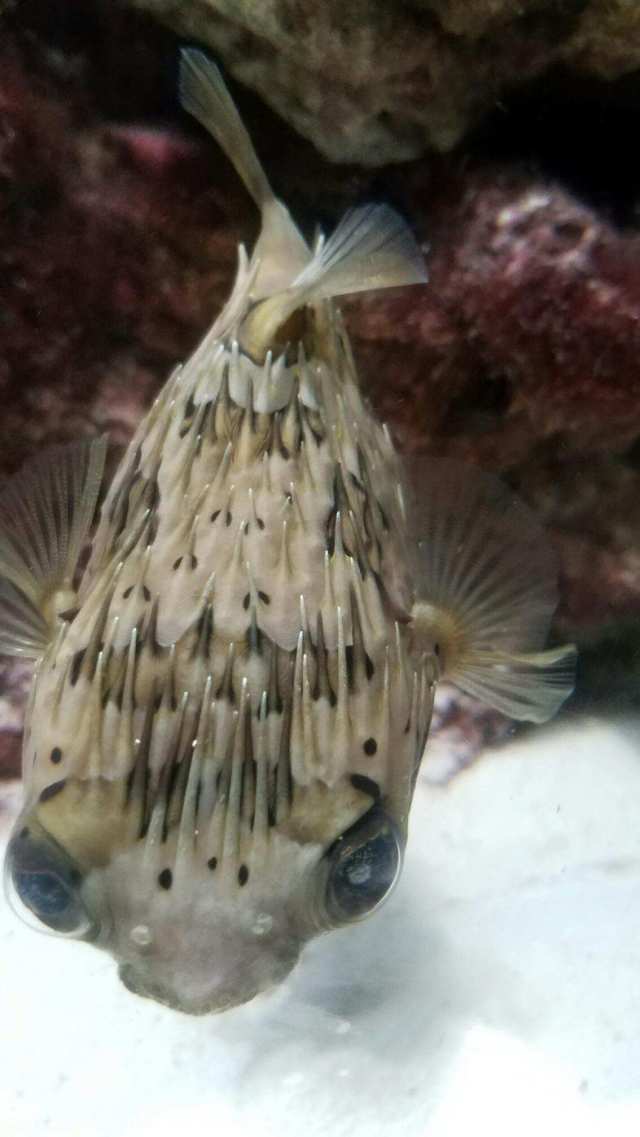 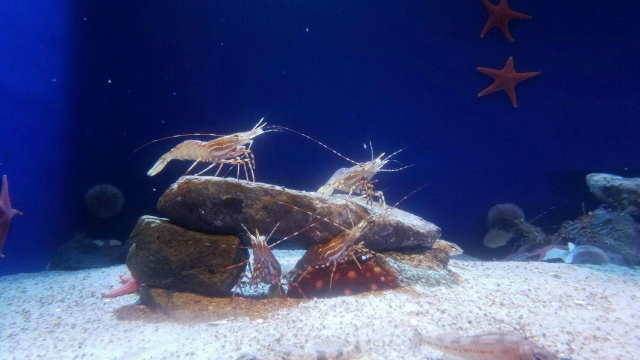 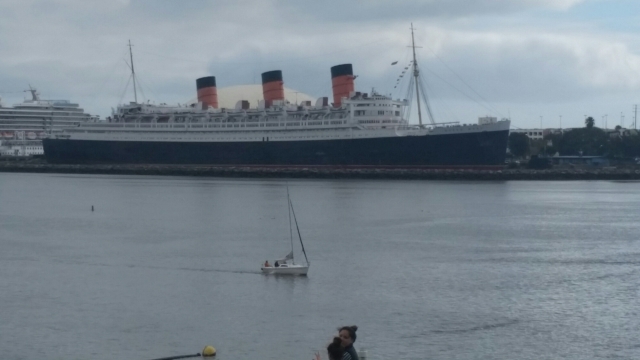 Once we left the aquarium, we looked to our right and had a great view of the Queen Mary!  Also, in case you were wondering- we could hear the reggae festival from across the channel!

I'm a married father of three from Apple Valley, CA that enjoys Cooking, Roasting Coffee and HomeBrewing.
View all posts by CastIronDan →
This entry was posted in Travel and tagged Aquarium of the Pacific, fish, Long Beach, sharks, Travel. Bookmark the permalink.

8 Responses to Aquarium of the Pacific

The Herb Society of America Blog

Up to the Hills

Exploring the world, one step at a time

Yes I am going there

Our small family living in a 5th wheel following Dads work as a rock fall technician... what could go wrong?

Fresh ingredients and great ideas for your table.

Breaking Open the Nutshell
Beyond all Measure
Ticket To Explore

A mind that is stretched by a new experience can never go back to its old dimensions. -OWHJ

Meg and Zach: Out The Door

The world is big

By a windswept wanderer

Where I write about trying to balance homesteading, homeschooling and this crazy thing we call life!

Bringing the outdoors to you!

a collection of my cooking & kitchen adventures